Bayar was fascinated by the AH method for its creativity and innovation.

Mohamed Bayar’s journey with Ana Hunna (AH) began in 2013 while selecting films for an AH screening at the Alexandria Center of Arts. His work with MAC Club, which also organized workshops, meant continuing the collaboration.

Bayar was fascinated by the AH method for its creativity and innovation. The screened movies showcased women and their relatable struggles such as the Egyptian movie Om Amira that portrays a woman who financially supports her family by selling potatoes on the streets. The protagonist breaks away from the chains of societal gender biases and stereotypes enforced on working women, allowing the viewers to empathize with her.

However, Bayar faced some challenges along the way. Some participants were reluctant to accept some ideas that the films tackled, such as the portrayal of a woman working in a beauty salon. To his surprise, the ideas were rejected even by some university faculty members.

Conversely, an incident he encountered with the workers of Stia Factory in Alexandria has deeply affected him on a personal level. At the start of the workshop, a survey showed a large percentage of participants against the idea that women should work. However, at the exit survey, one participant confessed that he was willing to support his wife’s choices after formerly oppressing her. That is why  Bayar believes that the initiative is successful in empowering women.

Bayar believes that there are more to be done to reach more cities, and for participants to have a deeper understanding of gender equality and other societal ideologies.

Bayar admits that he too progressed professionally due to the initiative. He has become an independent trainer, and has deepened his research into human rights. He currently works as a counselor for Ana Hunna, and encourages people to join the initiative to better our society. He wholeheartedly believes in the AH method even before it existed. That’s why he’ll continue to work for a better future. 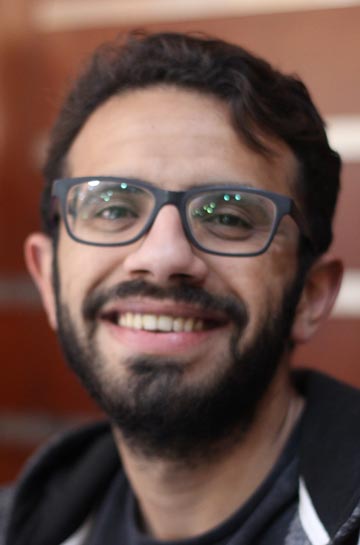