CEO of IDSC which is a founding partner of the ANA HUNNA International Network in Germany.

Maged’s interest in ANA HUNNA stemmed from his desire to achieve his goals concerning women’s economic empowerment. He currently works at the International Development Support and Consulting (IDSC) association. He was also involved in the EPP Programme (Employment Promotion Programme), an employment program implemented by the Deutsche Gesellschaft fuer Internationale Zusammenarbeit (GIZ) that aims at endorsing women’s rights.

He wants to share the ANA HUNNA initiative, so that it becomes a beacon for women empowerment. That is why he encourages individuals and organizations to participate in the initiative to empower women and give them tools to solve their problems. As Maged puts it, “ANA HUNNA is where dreams come true”.

One of the best features that Maged believes ANA HUNNA has is its sustainability. “What makes any program successful is its legacy. People tend to forget easily, but when they have a continuous source of the ANA HUNNA films and their manuals, the films will forever be embedded in their lives,” he says.

Maged thinks that, ironically, one of the major factions that do not empower women is women themselves because they give in to their male dominated culture. “So with ANA HUNNA, we try to break that taboo and of the concept that women are not decision takers and need protection,” Maged says.

“I have to admit, I was a little biased towards the Egyptian movies. I find the documentary Om Amira very powerful, striking all the right chords. These kinds of movies and the stories they tell should be shown more often,” he says.

On a professional level, Maged is proud to utilize ANA HUNNA and its tools to be able to reach different associations to hold his workshops. He believes it makes his work more meaningful and adds value to his professional life. 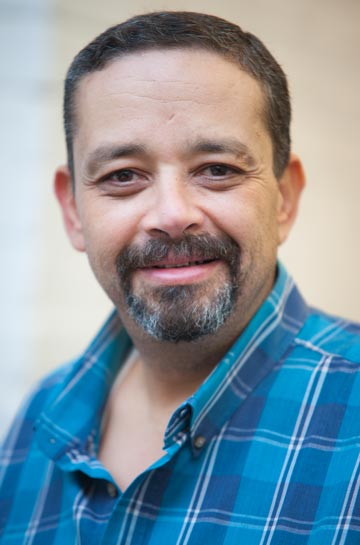