“The ANA HUNNA Alliance of Jordan is something I am extremely excited about.”

The ANA HUNNA Alliance of Jordan is something I am extremely excited about. Our first collaborative project within the alliance was the international conference on ‘The Role of Media in Bridging the Gender Gap’ in 2017, that we organised jointly with the Center for Women Studies (CWS) of the University of Jordan. The collaboration combined the best of both worlds: the academic expertise of the CWS and our own practical experience in the field of journalism. Two institutions with the same concern, working together to achieve a mutual goal: encourage and empower women to pursue their ambitions and to lead self-determined, active and powerful lives.

For the conference, we invited 25 female journalists from various Arab countries, among them Lebanon, Egypt and Palestine. Altogether we developed ideas on how to let women’s voices really be heard. To implement these ideas and draw up an action plan, we will again work together with the journalists and the ANA HUNNA Alliance. Among the various topics were talks on the role of media in confronting gender stereotypes, the role of media organizations in strengthening economic empowerment of women and a session on ANA HUNNA Tools in Interactive Learning.
We have been organising the Arab Women Media Conference since 1999, with powerful supporters such as our Honorary President Princess Basma bint Talal. But combining our own practical experience with the CWS’ theoretical expertise made the event even more successful.
The ANA HUNNA Alliance has only been created recently but being a part of it motivates me so much. All the founders have different skills and yet we complement each other perfectly. That’s what makes the ANA HUNNA Alliance so strong. 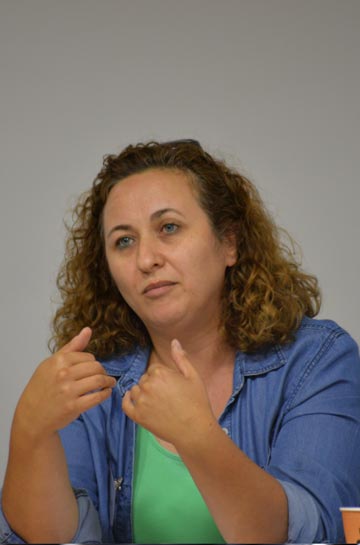