“We have to engage men in the gender discussion as well”

Ahead of the Curve (ATC) is a social enterprise that was founded not only to support responsible business practice, but also to prove that private enterprises can be simultaneously sustainable, successful and have a positive social impact. At ATC, one of our main pillars is inclusivity. Having diversity in the workforce makes companies healthier and more sustainable, so the issue of female economic inclusion is a vital part of our work. Why is this important? There are plenty of reasons. From the economic perspective, in Egypt women make up around 20% of the workforce, and studies have shown that if there was more gender equality in the formal labour market, our GDP would increase by over 30%. Women’s economic inclusion empowers them as producers and as consumers, and has a positive impact on the economy as a whole.

In order to support the economic inclusion of women, we are working on incorporating the ANA HUNNA methods and materials when possible into our different training modules, many of which focus on building the capacity of impact entrepreneurs. The ANA HUNNA toolkit is great because it can be used with a diverse range of audiences, including schoolchildren, university graduates, and businesses. When we’re talking about entrepreneurship, we need to talk about the topic of gender inclusion, which a lot of people are still not aware of.

There is still so much work to do in this area. As part of the ANA HUNNA ToT we had to deliver the training to a group of university students; about 15 men and 12 women, aged between 20 and 25 years, the majority studying in the faculty of social work. Before we screened one of the ANA HUNNA short films, we sat in a circle and initiated a discussion about working women and gender stereotypes. In the beginning, we always try to assess the attendants’ perception of gender roles and the ANA HUNNA Educational Kit offers a specific set of questions to facilitate this type of conversation.

So our very basic first question was: ‘Do women have the right to work?’ What really surprised me was that around 80% of the students – both men and women – felt that women shouldn’t work. These were students in their final year of university. So they were basically just about to enter the job market. Still, they said ‘no, women should not work’. The mind-set of our Egyptian youth is often very traditional. Sometimes more traditional than that of their parents and grandparents. We have to consider this, when introducing new perspectives on gender roles.

I remember a young woman at this training. She was outspoken and confident. Next to her a young man with a frown on his face. Immediately upon asking our first question, I was sure what their answers would be. Surprisingly, they replied in the exact opposite manner. The confident young woman seemed affronted. ‘Women should not work!’, she said. ‘A woman’s place is in the home and they shouldn’t even have to go down to the street.’ The young man, on the other hand, had a much more economical, pragmatic approach. ‘When I get married’, he said, ‘me and my wife have to build a home together.’ So as you can see, I, too, have stereotypes. We all do.

Men, too, face equally constraining gender roles that need to be challenged. Yes, they may traditionally have more power – but what if they want to break free from that very role? They are told they should not show emotions. That it’s their responsibility to be the primary breadwinner of the family. They, too, are put in a box. What if a man wants to spend time with his kids? To be a dancer? An artist? No, they have to be ‘masculine’. I think it’s really important to engage men in this discussion as well. They make up half of the society and they are our biggest ally.

With the ANA HUNNA method, we want to create an environment that allows everyone to grow. We want to encourage equitable and balanced relationships. The ANA HUNNA trainings allow for that, because they are fun, engaging and participatory. That’s why the method is so successful. The modules can be broken up into different parts and the content can be tailored flexibly, so they fit many circumstances and situations.

By the way, economic inclusion does not only mean entering the workforce. What we want, is for everyone to have a choice regarding what kind of career they want – or if they want one at all. The ANA HUNNA toolkit challenges stereotypes and opens up the floor for that discussion. We are really looking forward to using it and tailoring it, especially to our work with the private sector. Because responsible, inclusive business practice is not just good for companies, it also has sustainable positive impacts on the wider community, and society as a whole.

Nihal Sharara is the Managing Director of Ahead of the Curve (ATC), where they are currently working to incorporate the ANA HUNNA toolkit in the many different kinds of training and capacity building they provide. 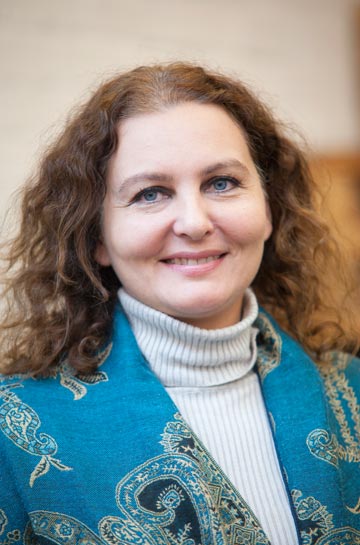